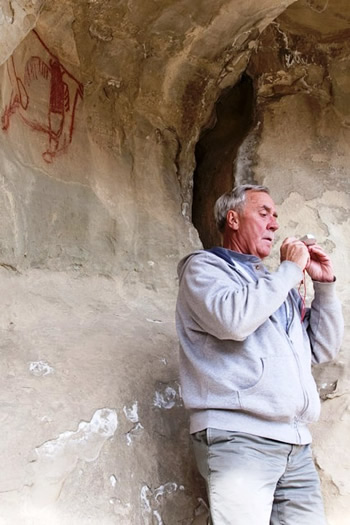 Loendorf received numerous awards for teaching and research including a University of North Dakota Recognition Award for Outstanding Teaching, Research, and Service (1993), the Alexander Griggs Award for Outstanding Service in Historic Preservation, City of Grand Forks (1991), and the Lydia and Arthur Saiki Award for Undergraduate Excellence in Teaching (1983). In 2007, he was awarded the Klaus Wellman award for distinguished service in rock art by the American Rock Art Research Association.

Loendorf is highly recruited for public lectures. In 2013, he gave the Public Lecture for the Texas Archaeological Society meeting in Del Rio, one of the Public Lectures for the International Federation of Rock Art Sites meeting in Albuquerque, and a Guest Lecture at the Utah Rock Art Research Association meeting in Moab. He also delivered lectures for the Albuquerque Archaeological Society, the Southern Nevada Rock Art Association, Pictograph Cave State Park, Billings, Montana, and the Carbon County Historical Society, Red Lodge, Montana.

We are pleased to count among our clients the following organizations: